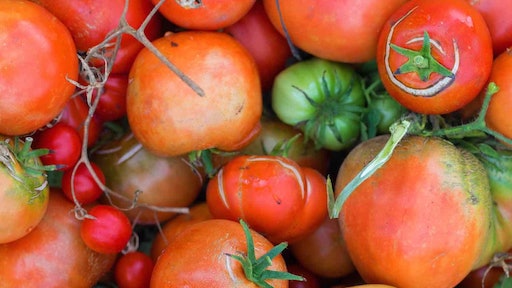 Loblaws, Canada’s largest food retailer, recently announced the launch of a new retail campaign to combat food waste. Called “no name Naturally Imperfect,” the promotion publicizes Loblaws’s sale of misshapen, “ugly” produce at a discounted rate.
If successful, the program will reduce the $27 billion worth of food Canadians waste each year. The program also promotes public health by making nutritious food more affordable; mitigates the devastating impact of food waste on the environment; and provides greater economic security for the farmers producing the food.
Globally, over 1 billion tons of food goes to waste each year—a total annual economic impact of $750 billion. The food itself is not the only thing discarded; valuable natural resources go into producing the food, including water. Methane produced by food waste decomposition accounts for 7 percent of total greenhouse gas emissions.

In 2010, the Congressional Budget Office determined that the U.S. Food and Drug Administration (FDA) would require $580 million from 2011 to 2015 to execute the demands of the Food Safety Modernization Act (FSMA). To date, Congress has allocated less than half of that amount to the cause, according to The New York Times.
Michael R. Taylor, the FDA’s deputy commissioner for foods and veterinary medicine, said that although there are still plans to move forward with enforcing the FSMA, the agency doesn’t have the money.
Connecticut state representative Rosa DeLauro (D) – who played a key role in writing the food safety act – says that two parties are to blame: the White House, along with the FDA’s parent agency – the Department of Health and Human Services. Both entities attempted to “impose user fees on the food industry to help fund the law.” Such fees, paid by food companies, are used by the FDA for other programs.

Amid rising public concern over possible links to disease, U.S. regulators may start testing food products for residues of the world’s most widely used herbicide, the Environmental Protection Agency (EPA) told Reuters.
Glyphosate, the active ingredient in Roundup herbicide, has come under intense scrutiny since a research unit of the World Health Organization reported lit was classifying glyphosate as “probably carcinogenic to humans.”
The herbicide is considered safe by the EPA, as well as many foreign regulatory agencies, including in the European Union.
Still, a number of companies, consumer groups and advocacy organizations have been sampling foods, as well as human urine and breast milk, to try to determine the pervasiveness of glyphosate residues.

A lethal strain of bird flu has caused the worst U.S. outbreak ever and prompted Wisconsin to declare a state of emergency. cturers, government agencies and retailers. The flock has been quarantined, and birds on the property will be culled to prevent the spread of the disease. The virus can kill nearly an entire infected flock within 48 hours.