News from Across the Food Supply Chain 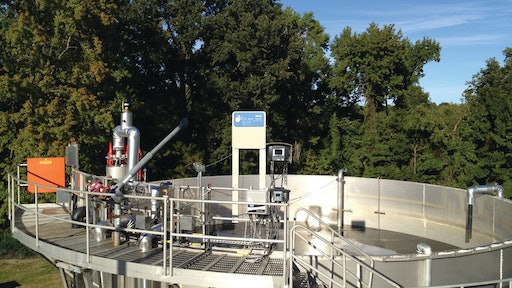 Taiwanese Commit to $4 Billion of US Ag Products

The Taiwan Feed Industry Association signed a letter of intent with the U.S. Grains Council (USGC) in September, which pledges their commitment to purchase 5 million metric tons of U.S. corn, and 0.5 million tons of distiller’s dried grains with solubles (DDGS) in 2014 and 2015.
The deal, which was negotiated during the Taiwanese Agriculture Goodwill Mission, is the equivalent to 197 million bushels and carries an estimated $4 billion price tag according to analysts. In 2011-12, Taiwan was the sixth-largest U.S. corn market, the third-largest U.S. barley market and the seventh-largest U.S. sorghum market, giving the deal plenty of impact across a wide variety of suppliers throughout the agriculture sector.
But perhaps the biggest benefit, according to the USGC, is that the letter shows that trade ties between the U.S. and Taiwan remain strong, despite increased competition from suppliers in other countries.
“Over the last 40 years, Taiwan has been one of the most important export markets for U.S. coarse grains and products,” said Julius Schaaf, USGC chairman. “With Taiwan producing less than one percent of its needed grains, the Council is proud of our partnership we have had with Taiwan for many years and are excited for the possibilities that continue to grow from this partnership.”

Seafood company Bumble Bee Foods and the World Wildlife Fund (WWF) announced a joint commitment to seafood sustainability at the Clinton Global Initiative (CGI) annual meeting in New York City in late September, with Bumble Bee pledging to contribute a minimum of $1 million over the next five years to the WWF’s ocean conservation efforts. Bumble Bee plans to raise funds through the sale of its Marine Stewardship Council (MSC) certified Wild Selections product line.
Bumble Bee President and CEO Chris Lischewski and WWF President and CEO Carter Roberts announced the joint commitment together at the CGI event.
“Bumble Bee is committed to responsible, sustainable fishing practices and global resource management, and will continue to play an active role in developing and implementing conservation measures that will ensure this outcome,” said Lischewski. “As our primary business is seafood, it’s imperative to us and to the three billion people who rely on seafood as an affordable source of lean protein that we all adhere to practices and policies that ensure long-term health and viability of our fisheries resources.”

Global food safety auditor and certification provider NSF International announced late last month that they will be joining the Non-GMO Project as a Technical Administrator in early 2014, offering retail grocers, food growers, manufacturers and restaurants another option for verification for the non-GMO label. With this new service, NSF will become the only third-party company able to offer non-GMO label verification in North America.
With increasing consumer demand for non-GMO foods, and retailers like Whole Foods Market pushing food manufacturers and processors for labels to indicate if they contain genetically modified organisms (GMOs), NSF’s addition to the project just “makes sense.”
“As a broad-based food safety and quality assurance provider, and given the increased consumer and retailer demand for non-GMO verified foods, it made sense for NSF International to add this program to its growing portfolio of food safety and quality service offerings,” said Tom Chestnut, Vice President of NSF International’s Global Food Division. “NSF International has a network of hundreds of expert auditors worldwide in addition to nearly 70 years of food certification and auditing expertise.”
Verified Non-GMO Project products have to go through a rigorous process to ensure they meet consensus-based standards, including ongoing testing of all major at-risk ingredients, an action threshold of 0.9 percent in alignment with laws in the European Union, where any product containing more than 0.9 percent GMOs must be labeled, and an after at-risk testing required to implement rigorous traceability and segregation practices to ensure ingredient integrity through to the finished product. Verification is maintained through an annual audit, along with on-site inspections for high-risk products.

With India’s recent passing of the food security bill, now the task of getting the subsidized food and grain to the 800 million people eligible for the country’s food program is gaining more focus as country officials try and rein in a highly inefficient public distribution system that some experts estimate loses half of its food to corruption and black market sales.
But new initiatives and new technology is helping states fix problems in the public distribution system, with states like Chhattisgarh and Orissa using technology to ensure that food reaches the right people.
The central Indian state of Chhattisgarh, which already has its own food security law and delivers cheap grain to 90 percent of its population, has emerged as a model when it comes to reducing the amount of food that goes missing, and the United Nations’ World Food Programme also has praised Chhattisgarh for reducing leakages. Chhattisgarh Chief Minister Raman Singh estimated in a July interview that leakages have been brought down to just 4 percent, a substantial drop from what economists estimated was as high as 52 percent in 2004-05.
Chhattisgarh set up an electronic database of beneficiaries to replace a haphazard paper system in the state in 2007, and uses technology to track food as it moves from government warehouses to ration shops and then to people’s homes. To curb leakages during transportation, vehicles carrying subsidized food in Chhattisgarh are painted yellow so that consumers can alert authorities if trucks are seen unloading anywhere other than ration shops.
The state has also taken advantage of India’s growing mobile penetration rate (the country has more cell phones than toilets, according to census data) to bring more transparency by allowing beneficiaries to register to receive text messages that alert them when a truck destined for the local ration shop has left the warehouse, how much grain it is carrying and its registration number.
Chhattisgarh also is launching what it calls a Centralized Online Real-Time Electronic Public Distribution System, in which 300 ration shops in four cities have been equipped with a device called “AnnapoornaATM.” Launched last year, the GPRS-enabled machine is used with a smart card containing a beneficiary’s personal details and grain entitlement. When the card is used to make purchases at ration shops, the device sends data to a central server, ensuring that shopkeepers don’t overcharge and that only honestly distributed grain is replaced when stock levels are low. The machine can complete transactions and store data offline, allowing it to be used in remote areas with unreliable electricity supply.
Once the $42 million program is extended across Chhattisgarh by 2015, food program participants will be able to buy grain at any of the state’s 11,000 ration shops, according to A.K. Somasekhar, technical director at the National Informatic Centre in Chhattisgarh.
In the eastern state of Orissa, where impoverished tribal communities rely heavily on food subsidies, villagers have their fingerprints taken, their irises scanned and photographs taken to create a database of biometric information.

South Korea to Double Exports of Farm, Fisheries Products by 2017

The South Korea agriculture ministry announced their intentions to try and double its outbound shipments of farm and fisheries products to $16 billion in the next five years, and in order to do so the Ministry of Agriculture, Food and Rural Affairs will invest nearly 2 trillion won (or $1.86 billion) by 2017, “with most of the amount to be spent on research and development projects to develop country-specific products,” said Lim Jeong-bin, head of the ministry’s food industry policy bureau.
South Korea’s farm exports have been growing steadily with an average annual increase of 16 percent over the past five years, according to the ministry, and favorable conditions are being created to significantly expand the country’s exports in the agricultural and fisheries sectors with an expansion of markets in neighboring countries such as China and Vietnam.
China is quickly catching up to Japan as the world’s largest importer of South Korean food products, purchasing $467 million worth of products in the first half of the year, up 9.5 percent from the same period last year. Vietnam is the largest importer of South Korean products among the 10 member countries of the Association of Southeast Asian Nations (ASEAN) trade bloc, which together purchased $1.19 billion worth of food products from South Korea in 2012.
The ministry hopes to double food and fisheries exports from $8 billion in 2012 to $16 billion in 2017 by creating 10 large-scale fish farms to produce country-specific and high-value products.