News and trends from acress the food supply chain 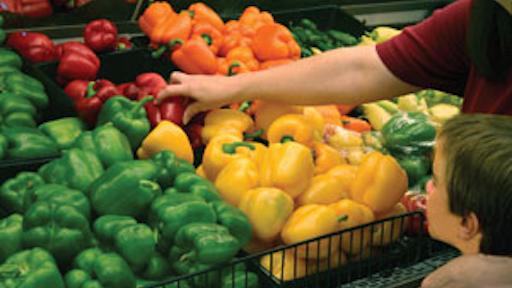 After more than 60 years of selling almost exclusively to its ShopRite members, Wakefern Food Corp. is expanding its wholesale sales to other supermarkets and institutional customers––both within and beyond its traditional Northeastern market.

Joe Colalillo, Wakefern’s chairman, says new customers will benefit from Wakefern’s buying power and expertise in procurement, with the company’s full range of brands, products and services available to them.

“The key to ShopRite being the recognized low-price leader is our ability to effectively manage the acquisition cost of our products,” Colalillo says. “In essence, our focus on the top line is going to be reflected in our customers’ bottom line.”

The marketing and distribution arm of ShopRite supermarkets, Wakefern was founded in 1946 as a buying cooperative of eight member grocers in New Jersey. It is now the nation’s largest retail cooperative, with 43 members, 200 ShopRites and more than 30 PriceRite stores in Connecticut, Massachusetts, New York, Pennsylvania and Rhode Island.

Colalillo adds that Wakefern’s cooperative structure and the independence of its member-owners in operating their ShopRite stores also will enable the company to create wholesale programs that meet customers’ specific needs.

Dave Baer, who last fall became director of wholesale sales and is leading the growth initiative, says the Elizabeth, NJ-based company recently began selling more than 300 ShopRite-brand grocery and non-food items to Heinen’s Fine Foods, a 17-store chain based in Ohio. Previously, the brand was available only at ShopRites in New York, New Jersey, Delaware, Connecticut and Pennsylvania and in a few other supermarkets overseas.

“Our relationship with Heinen’s is really a win-win because they’re now able to offer their customers a full range of high quality, value-priced products that are unique in their markets,” says Baer.

The PRW Crisis Management Advisory Group has been formed to strengthen the capacity of cold storage companies to rapidly and effectively respond to serious and unpredictable crises.

A team of six senior managers from leading cold storage warehouses wants to sound the alarm throughout the public refrigerated warehouse industry that “being prepared is not an accident” and encourage their colleagues to take an active management role in the crisis management education and training of their facility teams.

“Every company and every facility in our industry must be prepared for the unthinkable,” says Darryl Kawano of Unicold Cold Storage in Hawaii. “We hold millions of pounds of product in nearly every facility. While catastrophic events are rare they still happen. To not be prepared is to put your people and company at risk.”

The advisory group works closely with The Communications Workshop, LLC which presents the Coping With Crisis 101-Managing a PRW Disaster training course. Each of the advisory group companies put their professional teams through this unique training course specially designed for cold storage warehouse facilities and encourage their industry colleagues to do the same.

The PRW Crisis Management Advisory Group held its organization meeting in late June and met again at the IARW Assembly of Committee Meetings held earlier this month in Washington. For more information, go to www.thecommunicationsworkshop.com.

Operating out of a single warehouse in Long Island City, FreshDirect has watched its business grow year-by-year, churning out an average of 40,000 orders per week.

Twenty-five percent of customers who placed orders during the company’s first week of business are still avid FreshDirect users and to-date, FreshDirect has had more than 462,000 unique customers.

A new study commissioned by the Produce Marketing Association (PMA) has shown that U.S. consumers value the taste of their produce and are willing to pay higher prices in order to obtain better tasting produce. However, they feel the produce industry is letting them down.

92 percent of 1,000 “primary shoppers” surveyed by telephone by Opinion Dynamics Corp., Newark, DE, felt that taste was somewhat or extremely important. The study also showed that three-quarters of those surveyed felt produce flavor played a big factor in their store choices.

However, the surveyed also revealed that a mere 25 percent of consumers say they are “very satisfied” with the taste of the produce they purchase, while some 30 percent reported only “middle-of-the-road” satisfaction.

“We are responsible for some of the only foods consumers are being encouraged to eat more of, not less,” says PMA president Bryan Silbermann, “yet our customers tell us we are failing to deliver on that promise.”

The inability of consumers to find good-tasting produce is hurting sales at grocery stores, Silbermann notes. However, 70 percent of those surveyed said that if they could find fruits and vegetables that they thought tasted better, they would pay at least a little more for it. Ten percent said they would pay a lot more.

“Our industry appears to be missing out on a sales-growing opportunity to market and deliver better tasting produce,” says Silbermann. “This research offers a vision for increasing sales and margins, by giving our customers what they want.”

The study tested the following hypothesis: By slightly over-spec’ing engines in order to run more consistently in the “sweet spot,” choosing a gear ratio low enough to suit a fleet’s application and location and enabling the correct fuel-efficient, engine-specific parameters, fuel economy will improve by 0.3 MPG (or around 5 percent).

The study’s findings showed that the hypothesis is correct. When combined with other variables including progressive shifting, APUs and chassis improvements, this “sweet spot” is where both fuel efficiency and performance are maximized.

Additionally, the study concluded that slightly over-spec’ing engines improves fuel economy, which equates to a savings of approximately $2,000 per tractor per year (assuming 100,000 miles are driven per year).

“New emissions standards, the launch of ultralow sulphur diesel (ULSD) and new truck requirements create several challenges for the industry,” says Michael C. Lewis, president and general manager. “We anticipate truck sales declining, prices increasing, and an overall decrease in fuel economy for private fleets, all of which dictate creative cost-cutting strategies. This study points to fuel-saving initiatives other than driver habits, such as speeding and idling, to help reduce operating costs.”

In conjunction with the results of its study, the company released a Top Five Tip List for achieving better fuel economy:

1. Increase engine torque ratings: Increasing torque ratings provides a simple and effective method to decrease time spent in the high output torque ranges. Driving at high output torque ratings also leads to over-revving, or RPMs higher than the engine parameters specify. Over-revving shortens the life of the engine, which sustains higher costs and lower fuel economy. On the same note, driving in a lower RPM range than the engine’s specified parameters may result in driver dissatisfaction and could require increased downshifting, which indirectly causes over-revving.

a. Speeding: Above 70 MPH, a tractor’s engine works to overcome aerodynamic drag. In fact, it demands over 60 percent of the engine’s total available horsepower, which significantly increases fuel consumption. If speed is decreased to 55 MPH in the appropriate gear, the horsepower demand is reduced to only 40 percent and draws less fuel.

b. Idling: Idling achieves 0.0 Miles-per-gallon and uses .5 to 1 gallon of fuel per hour. Consider idle shutdown in order to save fuel while at stops.

a. Aerodynamics: New innovations in trailer aerodynamics, as well as roof fairings, side fairings and bumper and side skirts, provide decreased wind resistance, which reduces required horsepower and thus fuel consumption.

PHH FirstFleet, Fort Lauderdale, FL, is a division of PHH Arval, a fleet management company and First Fleet Corp., a provider of asset management, financial services and operational support to the trucking and transportation industry.

Jason Palmer, president of SmartDrive, discusses how video recording systems are helping take fleet safety to the next level.
SmartDrive
May 18, 2017