News and Trends from across the Food Supply Chain 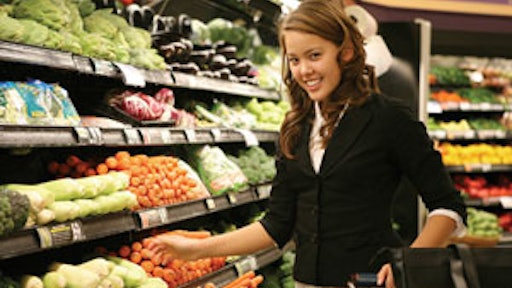 Some of the product had tested positive for E.coli bacteria and was pulled back from sale to grocery stores and food-service operations. It was temporarily stored in a refrigerated truck on the plant's property. The trailer also contained some uncontaminated beef products that were close to their expiration date.

"Consumers need to know that our meat products being sold through normal retail channels-such as grocery stores-are safe," says Tim Biela, chief food safety and quality assurance officer for American Fresh. "Our primary concern, however, is for the safety of those people who may be persuaded to buy beef products under questionable circumstances. Our first priority is their safety. We do not know how this product has been handled since it left our control. The stolen truck had only a limited supply of refrigeration fuel."

The trailer was eventually found in Dallas, but according to published reports, more than 80 percent of the ground meat products, including some that tested positive for E. coli bacteria, are still missing.

Supervalu Inc. is closing its warehouse facility in suburban Allentown, PA later in the year. Phillips Feed and Pet Supply, a local pet supply distributor, bought the building in November and will move in sometime thereafter.

Supervalu said last year it planned to shut the warehouse down within three years. It bought the facility in 1994 when it took over the now-defunct Laneco supermarket chain.

The Minneapolis-based company said it plans to consolidate operations into a large warehouse facility in Denver, PA. The warehouse closing will affect 125 employees, some of whom may be offered jobs with Phillips Feed and Pet Supply when it officially takes over.

Safeway Inc.'s fleet of more than 1,000 trucks nationwide will run on cleaner-burning biodiesel fuel. This is the latest step the Pleasanton, CA-based grocery store chain is taking in an initiative to reduce its carbon footprint.

The trucks will operate using a blend of traditional diesel and biodiesel fuel, derived from vegetable oils or animal fat instead of petroleum. Safeway estimates the switch will help reduce its annual carbon dioxide emissions by 75 million pounds, the equivalent of taking nearly 7,500 cars off the road annually.

"Our customers care about these types of sustainability issues and we are proud to be a leader in environmental best practices," says Joe Pettus, senior vice president for energy operations.

The trucks are part of its larger Greenhouse Gas Reduction Initiative, which is designed to manage the chain's carbon footprint, address climate change and reduce air pollution.

Aurora Organic Dairy, a Boulder, CO-based private-label organic milk producer, is beginning a venture with the University of Michigan to measure and reduce its carbon emissions.

According to Aurora, the research is going to be funded by the newly-established Aurora Organic Dairy Foundation, whose first grant of $320,000 will fund the research partnership with the Center for Sustainable Systems at the university in Ann Arbor, MI.

Initially, the study will focus on developing an energy and carbon footprint model, creating a baseline against which Aurora Organic can make improvements.

The research will look at the entire product life cycle, including growing cattle feed, manufacturing and distribution to store shelves.

Senior vice president Bill McCormack notes that work from the Spartanburg plant will be moved to the Schwan dessert plant in Stillwell, OK.

"The Stillwell plant has a capacity of 630,000 square feet," McCormack says. "You can imagine how big that is. There is room for expansion, to continue the operations and be more efficient. That is important to us."

Schwan, based in Marshall, MN, will continue to operate a dessert plant in the Atlanta area as well as the Stillwell plant. According to McCormack, the Spartanburg plant closure is driven by the need to be more efficient and more competitive.

"Every company is faced with increased costs," McCormack notes, referring to increased fuel prices and increases in the ingredients used to manufacture foods.
McCormack says Schwan will likely sell the Spartanburg plant. "We will look for a buyer who can use that type of facility, another food manufacturer."

Supermarkets are seeing the largest sales growth in seven years, according to What's In Store 2008, the trends report from the International Dairy-Deli-Bakery Association (IDDBA), Madison, WI.

But supermarkets still face stiff competition from other food outlets, including supercenters and convenience stores, which are vying for a share of this $482.7 billion industry.

The number of supercenters more than tripled from 1996 to 2006, from 708 to 2,613 outlets; 62 percent of American households shop at them, according to figures from the Nielsen Co. Supercenters are challenging grocery stores' bakery, deli, and dairy departments, holding 11 percent to 13 percent of the channel share in each of these departments, compared to grocery stores' 73 percent to 79 percent channel share, according to Times & Trends by Information Resources Inc.

Convenience store numbers increased to 145,119 by the end of 2006 according to TDLinx, a service of The Nielsen Co. (compare that with 104,600 convenience stores a decade ago). Their market share among all food retailers was 16.2 percent. By 2011, food sales from convenience stores should reach $166.1 billion from approximately 148,131 outlets. Market share is predicted to remain steady.

Meanwhile, convenience store operators are bracing for the expansion of Tesco's Fresh & Easy, the convenience store format of the retailing powerhouse from the United Kingdom. Tesco is known for its operational efficiency and fresh prepackaged foods. Its convenience format provides top-quality grab-and-go sandwiches and entrées in a small store with about half a dozen checkouts.

Tesco's first Fresh & Easy store opened in early November. Many analysts expect the chain to shake up America's view of convenience stores and possibly prompt other big operators into the format.

National livestock cloning companies have created a tracking program using a supply chain management system that will allow food companies to identify cloned animals when they move into the food processing chain.

The program was developed last year with all critical participants in the food chain. Representatives of the beef, dairy and pork industries, as well as producers, processors, grocers and food service providers helped design the system.

The program is designed to facilitate marketing claims. A rigorous assessment by the U.S. Food and Drug Administration (FDA) and two previous reports by the National Academy of Sciences (NAS) found there are no safety concerns with the products of cloned animals.

"Because so few clones currently exist, putting this system into place immediately virtually ensures that processors will be able to identify food from a cloned animal if that's their goal," says Mark Walton, president of cloning company ViaGen Inc., Austin, TX.

The program works through use of a national registry, affidavits and incentives. Cloning companies will give each cloned animal a unique ID. This identification will be entered into a registry that can be queried and verified by the livestock auction market or packer/processor.

When the cloning company delivers the animal, the owner will sign an affidavit committing to proper marketing or disposal of the animal or, in the case of dairy cattle, proper marketing of its milk. The owner is returned an incentive deposit from the cloning company when they notify the company of death (verified by veterinarian), consumption by owner (verified by meat locker) or sale to a packer/processor that accepts clones (verified by signed statement from packer/processor).

Last December, the FDA released a draft risk assessment stating that food derived from clones and their offspring is indistinguishable from that of conventionally reproduced animals. This report was based on hundreds of domestic and international peer-reviewed studies conducted over decades. Several of these in-depth studies analyzed multiple generations of animals.

"There is no argument about the safety of these products and the extremely limited number of clones makes it unlikely anyone will eat food from a cloned animal," says Walton. "However, we wanted to accommodate those industry segments who may wish to market only traditional products."

We look at technologies and trends that have emerged during the COVID-19 pandemic and their effects on the freight and transportation industry, trucks and their suppliers and drivers on the road and on the frontlines.
Marina Mayer
July 13, 2020
Follow Us